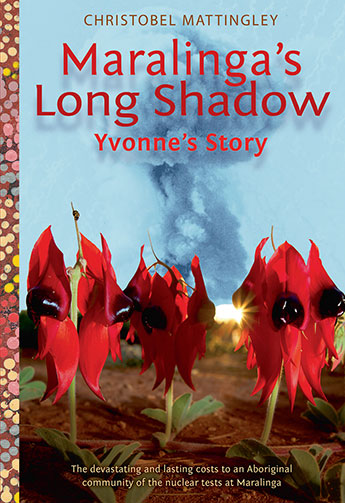 The powerful story of Yvonne Edwards, artist and community leader, who lived on or near the Maralinga lands, and the cost of the fall-out for herself and her family from the nuclear tests in the 1950s.

‘Grandfather and Grandmother telling lots of stories. They had to live at Yalata. Their home was bombed. That was their home where the bomb went off. They thought it was mamu tjuta, evil spirits, coming. Everyone was frightened, thinking about people back in the bush. Didn’t know what bomb was. Later told it was poison. Parents and grandparents really wanted to go home, used to talk all the time to get their land back.’

Yvonne Edwards was just six years old when the first bombs of the nuclear tests at Maralinga were detonated in 1956. The tests continued until 1963 and their consequences profoundly affected her family and community.